Taking a critical look in the mirror 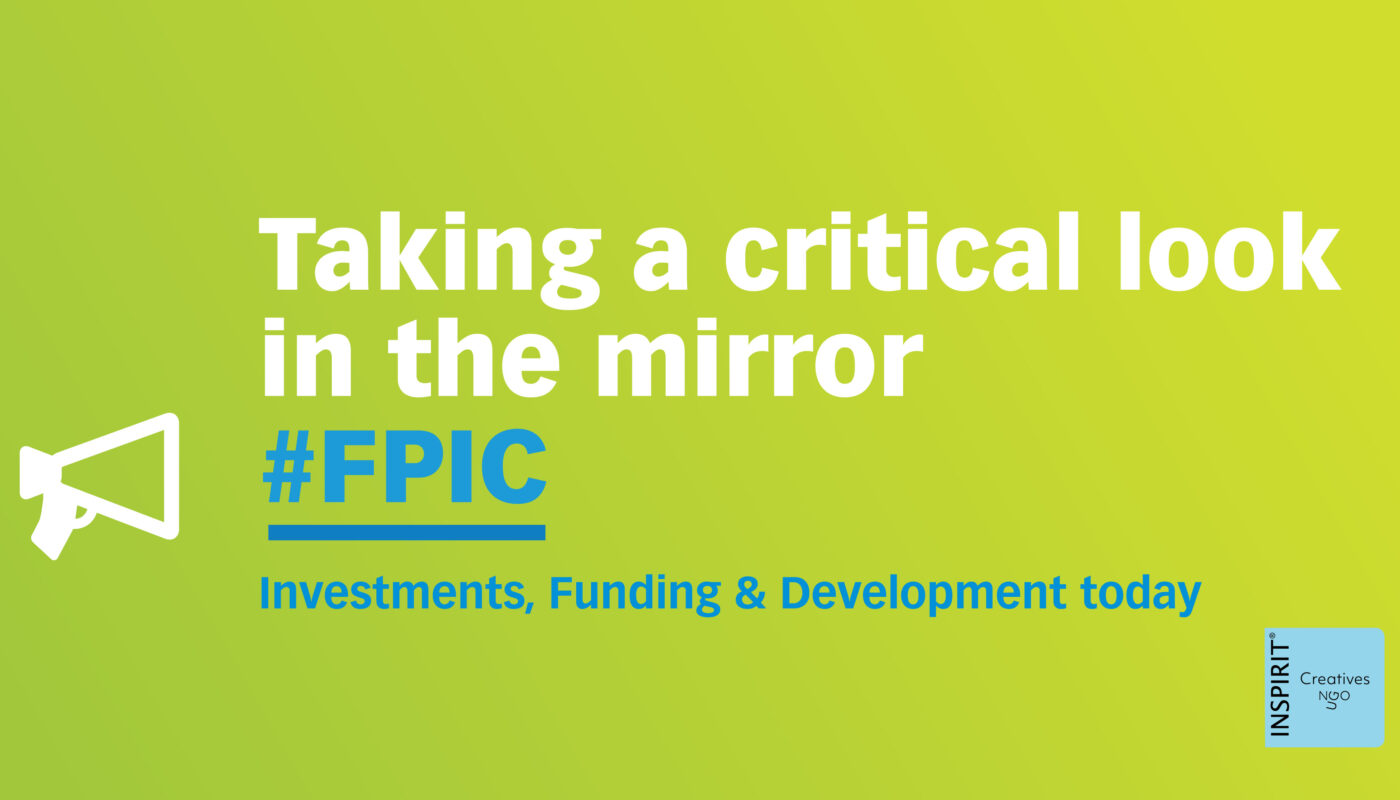 SDG Goal 16 is the foundation of the other SDG Goals

“Promote peaceful and inclusive societies for sustainable development, provide access to justice for all and build effective, accountable and inclusive institutions at all levels”

For few reasons. First investments are created in hopes of obtaining financial benefits in return.

Second, once natural resources of those countries are deprived, the native communities are losing their own natural wealth, their inherited capital.

Increased risks are also linked to litigation’s by the local communities, because of legislation’s and regulations set by UN. #UNDRIP #SDGs and #Paris #ClimateAgreement. Currently many companies are not following the FPIC procedure, which has been set, to protect local communities. As a direct result we can see increase in Human Rights abuses as well as alarming rise on numbers of environmental and land rights defenders who are getting murdered worldwide.

“There can be no development for indigenous peoples without their free, prior and informed consent and without them being involved in every step. These fundamental principles are enshrined in the UN Declaration on the Rights of Indigenous Peoples.”

Any individual or company which has pledged to reach Sustainable Development Goals, may need to think about alternatives to financial return of their investments. Anyone who actually is concerned about our #Climate and the wellbeing of the future generations, can invest in #Humanity and #Equality.

Investing in humanity and climate is measureless return on investment! Offer, while not expecting something in return, because you CAN!

The forest density is most intact, in indigenous peoples and rural communities’ lands. These forests are thousands of years old and they are not replaceable by palm oil or rubber trees.

Austerity reception, is employed to land grabbing and human rights abuses in foreign countries. Resulting to: Poverty at home. Poverty in Africa et al.. Today, those that were accustomed live out of the forests and their own lands, are left living in poverty and hungry. A truth coming out directly from communities, who are subject to land grabbing.

In North Americas, the investments in fossil fuels and pipelines are still taking place, without the Native American Indians and First Nations tribes, Free, Prior and Informed Consent. Fossil fuels and pipelines are not helping us to reach SDG Goal 13. Why don’t we tend to invest already now in alternative energy, solar and wind. Respecting the land rights of the Native American Indians and First Nations, as explicit in UN Declaration on the Rights of Indigenous Peoples. In Latin Americas, animal-, soy agriculture and mining are expanding without the required FPIC procedure.

In all 3 continents, forceful evictions and Intimidation, human rights abuses and murder of the environmental rights defenders are present. With the support of the local Governments.

Article 10
Indigenous peoples shall not be forcibly removed from their lands or territories. No relocation shall take place without the free, prior and informed consent of the indigenous peoples concerned and after agreement on just and fair compensation and, where possible, with the option of return.

Ask what the communities need. Supply mentoring and leave, once the knowledge has been passed. Leaving local communities independent and free. Mentoring their own people in local level. nowadays owning and leasing lands in different countries isn’t empowering, it’s neocolonialism.

At the present negotiation are started directly with governments without consulting first the local communities. As it is specifically instructed in UNDRIP which requires using FPIC process.

Article 18
Indigenous peoples have the right to participate in decision-making in matters which would affect their rights, through representatives chosen by themselves in accordance with their own procedures, as well as to maintain and develop their own indigenous decision- making institutions.

Article 19
States shall consult and cooperate in good faith with the indigenous peoples concerned through their own representative institutions in order to obtain their free, prior and informed consent before adopting and implementing legislative or administrative measures that may affect them.

Each country has the ability to trade directly with foreign nations, without giving away the ownership. With direct trade, Africa has the capability of turning into one of the most advanced continents worldwide. This is, once the money from their natural resources, is kept within the country. Distributed to the people equally, not solely to few, privileged ones. Same rules applies in Africa, than in investors own countries. Civil Society Organizations can and should take part in any future deals, to make sure that each development and investment project, will guarantee that minimum of 80% of the proceedings will stay within the community. Not pour out of the country as it is currently the case.

There is no comprehensive reason behind excluding beneficial owners from Commercial Registers inside and outside EU. In the event, companies are trading in the national Bourse. This is the case in Luxembourg, where they have adopted a legislation in January 2019, ‘RBE law Article 3 (2), which is currently facilitating beneficial owners not to be published on the listed companies registry, if their securities are admitted to trading and are recognised in regulated market’. This is directly in conflict with Goal nr. SDG16 and desire to achieve full transparency Worldwide.

It is crucial to support and get International Criminal Court and European Court of Human rights involved. They are fully independent from national courts, to oversee and protect Indigenous and rural people’s best interests. Oversee, that the claims of human rights abuses and land grabbing charges are addressed swiftly. Reviewing decisions made in national courts and have the authority to overrule them, when favoritism is discovered. Unfortunate truth is, that favoritism is strongly present in many countries, including many EU member states, were national courts favor their own national companies. Giving unfair judgements, not only in international cases, but also in national, smaller cases, against corporations and government establishments. Without independent, just justice system, there isn’t fully transparent and truthful justice for people without a voice.

From pledges to action, resulting to full respect to use FPIC process and to have independent CSO supervising and participating to the talks in between the companies and each countries Governments, ensuring that the local communities rights are respected in final agreements.